Update: Google has confirmed that there will be a new Pixel phone this year, but rumors suggest it might not have a headphone port.

The next flagship phone(s) from Google likely won’t arrive until late 2017, but we’re already thinking about what the Google Pixel 2 and Pixel 2 XL may have in store for us.

The search giant has done with the Nexus line and in its place the firm has created a slightly more premium, and far more mainstream range.

The Pixel 2 is also likely to build on what came before and add missing features – don’t be surprised if it’s water resistant this time around as has been rumored, and the screen on the standard Pixel 2 could be boosted to a QHD resolution.

That would bring it in line with the Pixel XL, which would be handy, especially as Google has positioned the range as built for its Daydream VR platform, for which those extra pixels would really help the visual experience.

Google also heavily marketed the Pixel on its camera skills, so further improvements there are likely, but the company may stick with what works – which could mean the same 12.3MP sensor.

What we want to see

The above is what we’re expecting to see, but the following is what we’d like to see, if the Google Pixel 2 is to really impress us.

The Pixel and Pixel XL are high-end phones, but they have beyond high-end prices, with the XL costing more than just about anything outside the iPhone 7 Plus , and the standard Pixel rivaling other flagships in price, despite not quite matching all their specs.

If Google really wants to make these phones mainstream, then for the Pixel 2 it needs to slash the price. Apple is a big name in hardware already, so it can get away with wallet-worrying prices, but Google’s Pixel brand still needs to grow.

The original Pixel has just a 1080p screen, which isn’t quite a flagship spec when most rivals (including the Pixel XL) have QHD ones. It’s also problematic when the Pixel is positioned as a VR-friendly phone, yet doesn’t quite have the pixels to back that up.

The Google Pixel has a high-end and distinctive look, with a metal and glass back, but it’s also a slightly unusual and divisive one, so we’d like to see it rethought for the Google Pixel 2.

There’s nothing wrong with glass, or metal, or even both together, but the design needs to be cohesive, where on the Pixel it looks a bit like they’ve just combined the two materials for the sake of it.

Water resistance still isn’t a feature of all flagship phones, but it’s increasingly heading that way, with even the iPhone 7 sporting a certain amount, so the Pixel having none (beyond being splash-resistant) was unfortunate.

Hopefully that will be changed for the Google Pixel 2, and we’ll get a phone that at least matches the best waterproofing on current phones – that means IP68 certification, but if it can go even further and be fully waterproof, then all the better.

It seems like we’re asking for better battery life from almost every phone, but the Pixel is particularly in need, often requiring a top-up midway through an evening.

That’s not great at any price, but especially not on a flagship, so we want to see vast improvements in life from the Pixel 2.

As with waterproofing, this is another thing that not all flagships have, but it’s certainly something we like to see, or hear.

While we’d always rather use headphones for audio on a phone, that’s not always practical, so a beefy pair of stereo speakers can make all the difference. Hopefully the Google Pixel 2 will have them.

Google Assistant was one of the main selling points of the Pixel, but while it’s certainly impressive, it doesn’t feel quite like the 2.0 upgrade to Google Now that it was billed as.

Among other things we want it to consistently pick up on the ‘OK Google’ wake command the first time we say it, and to be able to understand what we’re asking every time, even when we speak fast or in loud environments.

It’s pretty good now, but the times when it fails make us wish we hadn’t asked at all 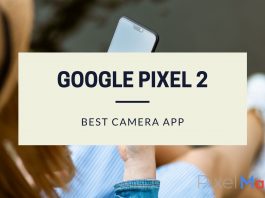