The Android OS is known for being very open and flexible to the point that dozens of third-party Android versions, called ROMs, have been developed. That said, Android is setup in such a way that one device can really only boot into one Android system at a time, making it difficult, though not impossible, to juggle different ROMs on a single device. That, however, might be thing of the past as there is a chance that the upcoming Google Pixel and Pixel XL smartphones can actually dual boot two Android systems with less risk than before.

The theory was put forward by Dees_Troy, the lead developer behind the highly popular TWRP custom recovery software. In his investigation into Android 7.0 Nougat’s internals, primarily in order to make TWRP compatible, he discovered that new Nougat smartphones would actually have duplicate copies of system partitions in a device inn order to facilitate Nougat’s new seamless software update feature.

As a bit of a technical background, partitions are portions of a storage, be it hard disk, SSD, or eMMC/UFS like on smartphones, that have been set aside for a specific purpose or data, so that they would appear as if they were another separate storage (think another “drive letter” in Windows). Android has a a few such partitions in a regular installation but under Nougat, new devices would have duplicate partitions for system-related (in other words, not user data) files.

The reason for this is that Nougat features a new seamless update that Android borrowed from its Chrome OS cousin. Before Nougat, a firmware update required users to sit out the update while the system installs new downloaded files, in order to make sure that apps don’t accidentally use a file that’s being updated. In Android 7.0, the update is actually applied on the duplicate system partitions. After that has been successfully installed, the system prompts the user to reboot, at which points the partitions are “swapped” so that the system boots into the freshly updated partition.

Dees_Troy speculates that this system can be utilized to allow users to boot between two different Android installations, like between a stock manufacturer firmware and, say, CyanogenMod. Currently such dual, even multi, boot arrangements is already possible via MultiROM. However, that is basically a hack that carries far more risk than advantages. While the new Nougat partitions would limit it to at least two Android ROMs, the facilities would, in theory, at least be supported by Android itself.

Of course, that’s the theory, based on Dees_Troy’s analysis. It still has to be proven in practice, which probably won’t be possible until the new Pixel smartphones comes out. That’s mostly because only new smartphones that ship with Nougat will actually be set up with multiple, duplicate partitions. If this all turns out to be true, the Pixel and Pixel XL could probably quickly rise up to become Android power users’ smartphone of choice.

With two copies of every partition, Dees_Troy predicts that we may be able to hijack the second set of partitions to dual-boot. If you are on one of the very few devices that supports the MultiROM project, you may be familiar with the prospect of dual-booting ROMs. If you’ve messed with MultiROM before, then you’re definitely aware that the methods that they use are basically one giant set of hacks to get it working on Android. In every XDA thread providing MultiROM on a device, there is a large disclaimer near the top warning users that “none of these systems are made with multibooting in mind” which that “it is possible that something goes wrong and you will have to flash factory images again.” But with Google graciously providing us with a second set of partitions to work with, Dees_Troy expects that we may be able to get dual-boot running on the Pixel phones with some cooperation between various members of the ROM community.

If we can hijack the second partition set to dual-boot, then we could also potentially use these secondary partitions to implement seamless updates for custom ROMs as well. So if you’re one of the many dedicated Cyanogenmod nightly users, then you may be able to update to the latest nightly without having to reboot your phone into recovery every night. Even though TWRP’s Open Recovery Scripting and the various delta updating tools have greatly reduced the time and effort required to perform a nightly update, seamlessly updating your ROM in the background definitely beats out all other options.

Do note that we can’t be sure these features will work until we actually have working devices in hand, but given Dees_Troy’s extensive work on TWRP and his research into Nougat’s source code, we believe that this speculation is highly credible. 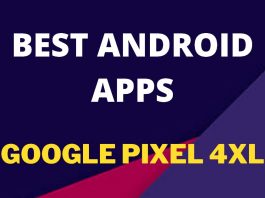 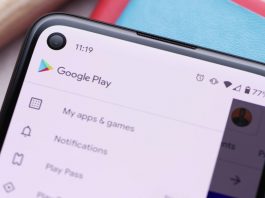 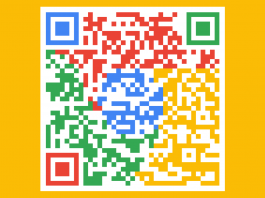