Cameras on Google Pixel Phones are much bigger deal then they used to be. Many people might not be happy with the inbuilt app of their Google Pixel 6. This is because a lot of users have been reporting to face issues with the camera where the photos are not being saved and it disappears if they switch to some other App or lock their phones immediately. This surely can be annoying for people who rely on their camera professionally and they click loads of pictures on a daily basis. But, you don’t need to worry about it as we have made a list of the alternative camera Apps that you can use instead on your pixel Phone. Some of these app support Manual mode for shooting pictures.

So, the list of best camera app for Google Pixel 6 are:

A Better Camera is a surprisingly robust camera app. It features support for HDR images, up to 360-degree panoramas, various multi-shot modes, a night mode, and, of course, video recording features as well. The photo quality is actually quite good and it has some extra features like object removal in case you get a car or something in your shot on accident. The pro version unlocks some extra features as well. This one is a little old and hasn’t seen an update since 2018. However, if the developer is actively supporting it, this one deserves to be on this list. This is our first choice for Google Pixel Camera alternative. Adobe Lightroom is technically a photo editor and not a camera app. However, it also comes with a camera app built-in. The camera is reasonably decent and includes big keyword features like HDR, RAW support, and various modes and presets. Plus it has the usual array of manual camera controls if you need that as well. The good news is Adobe Lightroom is one of the best photo editor apps for mobile right now so you can use the camera app and immediately bounce it right into editing. This is part of the Adobe Creative Cloud so the monthly price is a little too steep if you only need a camera. However, if you already subscribe to Creative Cloud, you should try this and see if you like it.

We’ll be honest. We thought Bacon Camera was a joke app when we first saw the name. However, this is a legitimately decent camera app. It boasts manual controls such as focus, white balance, exposure compensation, ISO, and more. You also get support for RAW and DNG along with the traditional JPEG. It boasts support for manual controls on devices that don’t support Google’s Camera2 API. We didn’t have any test devices that didn’t support that, so we’ll take their word on it for now. Some other features include GIF support, a panorama mode, and timed shots. This is surprisingly good and the pro version is surprisingly cheap. 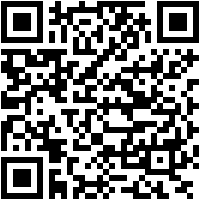 Cymera is another one of the older and popular camera apps. It focuses more on mainstream features. That means you’ll get a bunch of filters, stickers, special effects, and similar features. It also has a beauty camera mode. It can add or take away features from your face and body. We’re not big fans of such dramatic alterations, but to each their own. It also includes a photo editor for minor edits. It’s free to download. You can buy additional stuff as in-app purchases.

Camera MX is one of the oldest and most popular camera apps. Developers update the app regularly and that keeps it current. It works best for simple stuff. The app has a variety of shooting modes. You can also use it to shoot photos or videos. There is even a GIF mode to make your own GIFs. The built-in photo editor can do the basics as well. It’s a decent all-in-one solution. Serious photographers may want to look elsewhere. You can also use the pro version of this as part of the Google Play Pass if you have it. 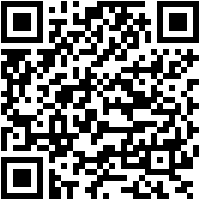 Filmic Pro is one of the newer camera apps on Android. It’s also the most expensive camera app on this list. It has some unique features as well. That includes some extremely specific manual controls. For instance, it has a dual slider for exposure and focus, a white balance adjustment matrix, and a gamma curve control. In addition, it comes with some added analytics, a live RGB control, and a lot more. This one had a very shaky start. However, the developers seem to be actively taking user feedback and updating the app to fix bugs. It will hopefully be good someday. Be sure to test this one thoroughly inside of the refund period if you want to try it out. 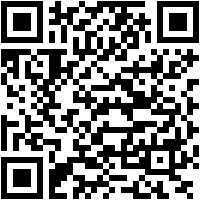 Pixtica is one of the newer camera apps on the list. It features a bunch of neat little tricks and some decent post processing. Some of the features include live filters, manual controls, exposure control, a GIF recorder, a slow motion mode, RAW file support, QR code scanner and more. It even comes with a very basic gallery and photo editor. We like its wide range of features and its all-in-one style. However, it does require a subscription for some of the features and your stock camera app can probably still do post processing better. 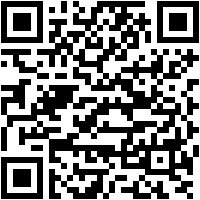 SayCheese is a different kind of camera app. It’s a remote camera app with some neat functionality. It lets you connect to a friend’s phone and take pictures with their camera on your device. This is an excellent solution for those situations where you want to take a group photo but don’t have someone to do it for you. The app is in early access beta at the time of this writing so there are some bugs. However, it worked pretty well in our testing and we assume more updates will add more stability. VSCO is a popular and somewhat powerful camera app and photo editor combo. The camera side is a little simple and not as powerful as your native phone camera app or some others here. However, the photo editor side is among the best in all of mobile. It has a variety of filters, effects, and settings. Additionally, it has most of these same videos for video content as well. Perhaps its most unique feature is its ability to emulate a host of other cameras. This app does get fairly expensive, though, and many of its most desirable features are behind a $19.99 per year paywall.

Also Read: List of best applications for your Google Pixel 6.